The Pont du Gard – the world famous aqueduct, at 15 minutes

The medieval town of Uzès with its castle and beautiful market, at 15 minutes as well

Palais des Papes (pope palace) with its huge square in the medieval city of Avignon, at 30 km 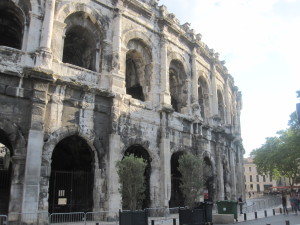 Besides their known highlights, all mentioned cities and towns are full of historical beauty.

The beautiful rivers Cèze and Gardon

And of course the mediterranen sea with its beaches for example in Grau du Roi or Les Stes Maries de la Mer, reachable in about 1 hour.

Have a look at some pictures under the impressions section.